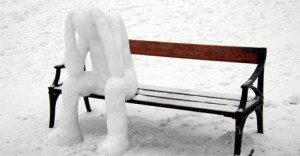 
At Barends Psychology Practice, we treat depression Online and in person. Book your first free session now. Go to Contact us. (Depending on your health insurance, treatment may be reimbursed).

However, some symptoms are specific of seasonal affective disorder and are slightly different for the times of the year (winter and summer) and also for men and women. The reason behind these differences may be explained by the fact that during the winter there is less sunlight (days are shorter) compared to the summer. And during the summer the days are longer, the temperatures rise and everyone around you is happy. The differences for men and women may be explained by the different ways men and women respond to changes in their hormone levels. A brief overview of the differences:

What causes seasonal affective disorder remains unclear, but there are some factors that may trigger of (partially) cause SAD:

If you recognize some or all of the SAD symptoms in yourself, then treatment is recommended. At Barends Psychology Practice, online counseling is offered for people who have seasonal affective disorder.

Literature used for this article: