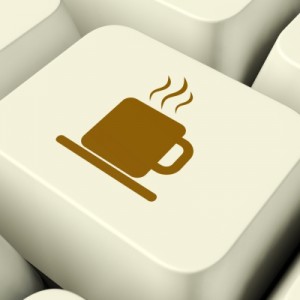 Little is known about the interaction between caffeine and mental disorders. Almost every mental health clinic serves caffeine holding drinks to its clients and employees. Does this suggest that caffeine and mental disorders make a good match? Caffeine is famous for its stimulating effect and for its social aspect. Other positive effects are an increase in metabolism, reduced risk of Parkinson’s Disease, increased levels of neurotransmitters like serotonin, dopamine, and epinephrine. Negative effects: it can increase blood pressure, reduce control of fine movements, contributes to increased insomnia and sleep latency, and caffeine is Addictive! Do these positive and negative side effects affect the interaction between caffeine and mental disorders?

At Barends Psychology Practice, we offer (online) therapy for all kinds of mental disorders. Contact us to schedule a first, free of charge, online session. (Depending on your health insurance, sometimes treatment can be reimbursed).

Caffeine comes from coffee beans or can be made in the laboratory. You can find caffeine in coffee, tea, soda, energy drinks, pills, yerba mate, kola nut, cacao and cocoa. It is estimated that the global consumption of caffeine reaches 120.000 tonnes per year (Wikipedia). 87% of the Americans consume caffeine. In Scandinavia, Germany, and The Netherlands even more people consume caffeine [2]. 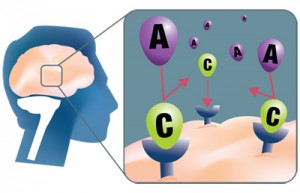 Caffeine is blocking the reception of Adenosine.

Caffeine makes sure you don’t get sleepy by blocking the reception of a chemical (adenosine) in the brain. This makes you feel more alert and awake. However, this effect does not last. Regular caffeine usage causes your body to get used to caffeine. Your body responds less to its stimulating effect, unless you take more caffeine. Eventually, probably the only effect caffeine has on you is its anti-sleep effect. 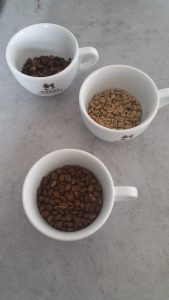 People who have panic attacks are most likely increased sensitive to changes in their body. Panic attacks are triggered when a person experiences different physical sensations. Caffeine consumption can make people with panic attacks perceive physical changes as if they are actual panic attack symptoms. This happens more automatic than conscious, so it is difficult to notice.
For example:

At the moment there is no hard evidence of caffeine inducing Post-traumatic Stress Disorder symptoms. But more research is needed. However, there is some circumstantial evidence that suggests that caffeine affects some of its symptoms. According to Lane et al. [4] 3,5mg/kg caffeine (roughly 3,5 cups of coffee) is enough to enhance the adrenaline release by 233% in regular caffeine consumers and the ones who occasionally consume caffeine. Also caffeine can trigger anxiety in people. Both adrenaline and anxiety are symptoms that can be Post-traumatic stress disorder related. Together with the fact that caffeine can disturb your sleep, it is easy to make the connection between caffeine and mental disorders when it comes to PTSD.

There is no direct clear link between caffeine consumption and depression, but there is some indirect evidence suggesting that caffeine may worsen depression. Especially people who are sensitive to the effect of caffeine or those who consumed too much caffeine. Caffeine may cause sleeping problems: falling asleep and staying asleep. Sleeping problems are associated with depression. The sleeping problems make depressed people more tired during the day, making it more difficult for them to become active. Being active is an important step to get out of depression. However, if you are depressed: do not quit caffeine consumption at once, because it can worsen depression due to its withdrawal symptoms.
note: consuming caffeine has been associated with reducing risks of becoming depressed [5], while there is no link between caffeine consumption and the response to antidepressants [6].