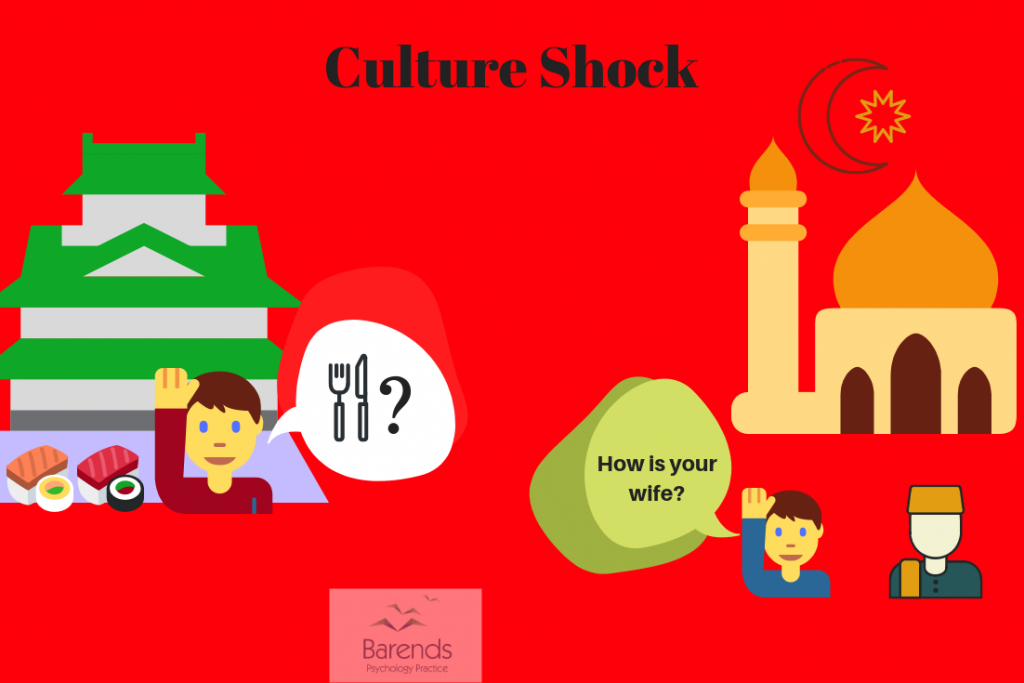 NOTE: we decided to only include the first four culture shock stages into this questionnaire, because there is nothing new to learn once someone reached the final acceptance stage.

Scroll down to fill out the culture shock questionnaire immediately.

It is perfectly possible to obtain a high score on two different culture shock stage, because the stages do not exclude one another. Someone may score on the Rejection stage And on the Adjustment stage. Such a score suggests that someones is still bothered by several things in life, but started to accept other parts in life at the same time. Alternatively, someone could score high on the Rejection stage because they forgot to distinguish between other problems and culture shock related problems. Unfortunately, our culture shock questionnaire does not control for this.

At Barends Psychology Practice, treatment and guidance for culture shock are being offered. Go to contact us to schedule a first, free of charge, session. (Depending on your health insurance, treatment may be reimbursed).